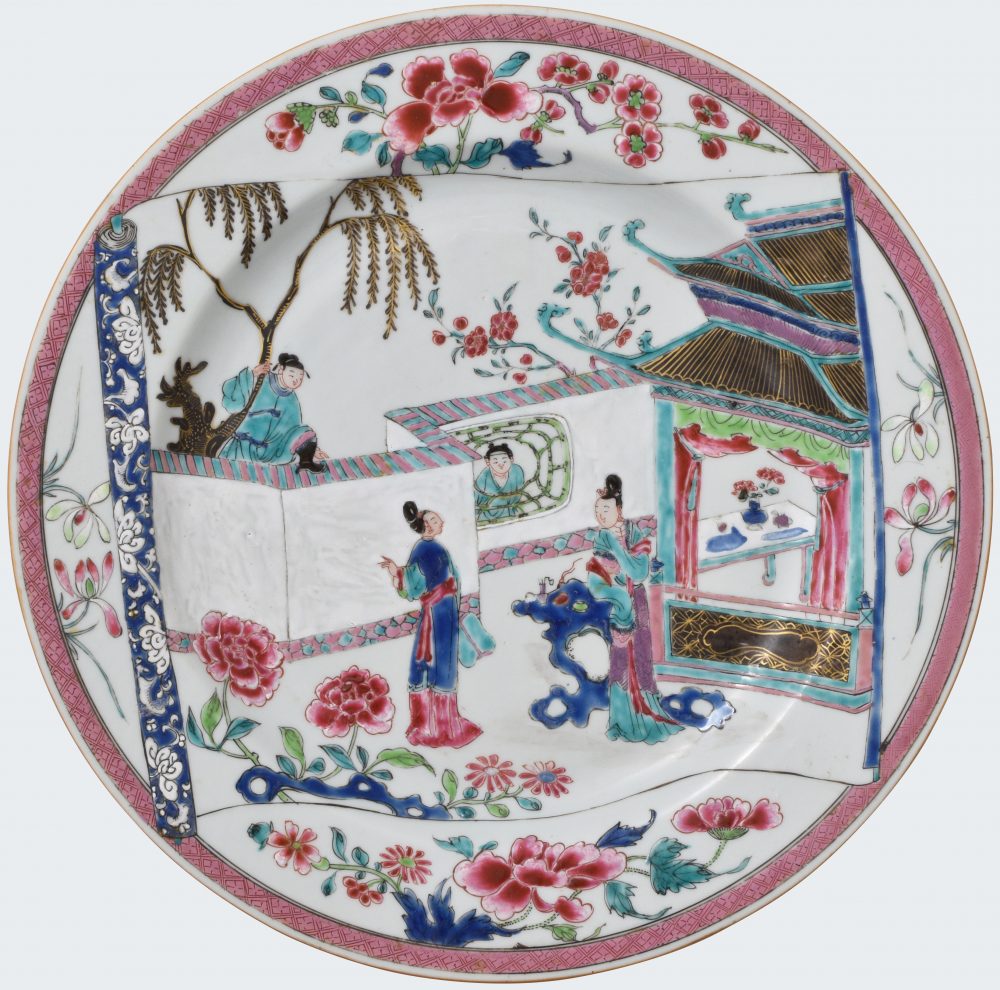 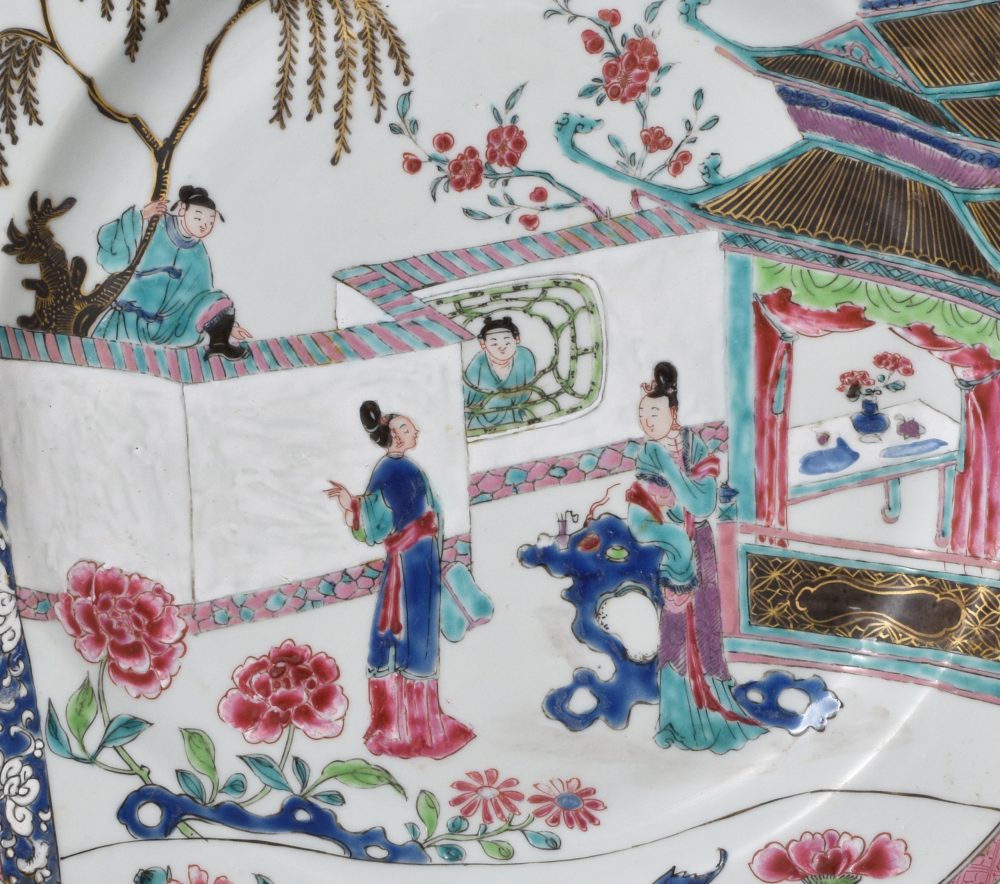 A Chinese famille rose charger depicting a scene from The Romance of the Western Chamber. Yongzheng period

This pattern is a bit unusual in this size.