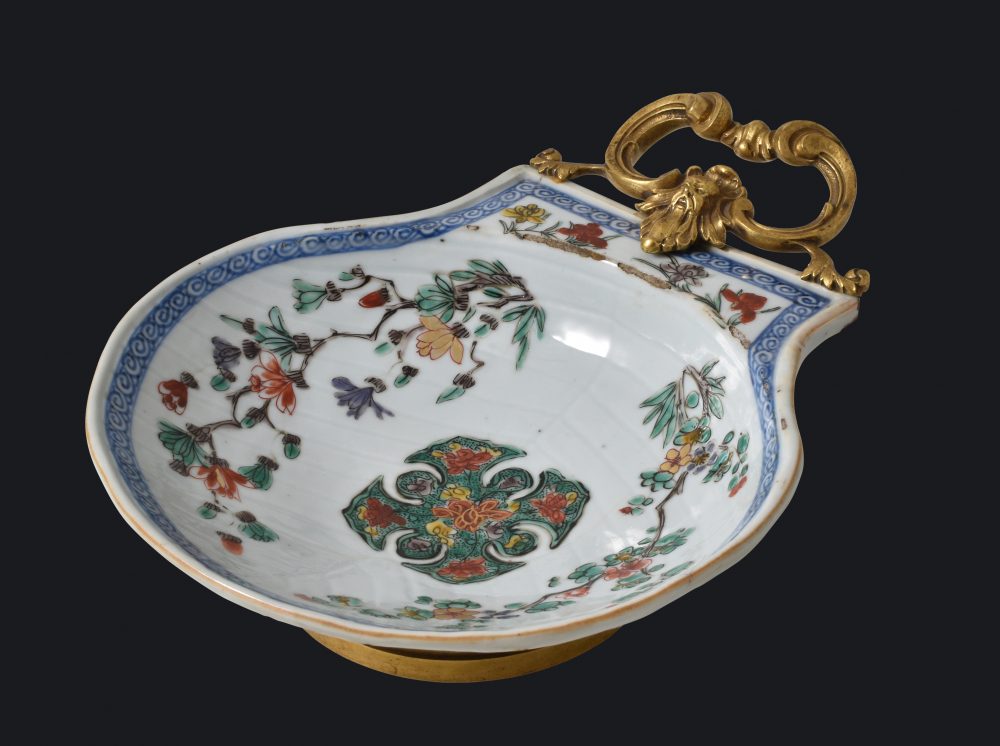 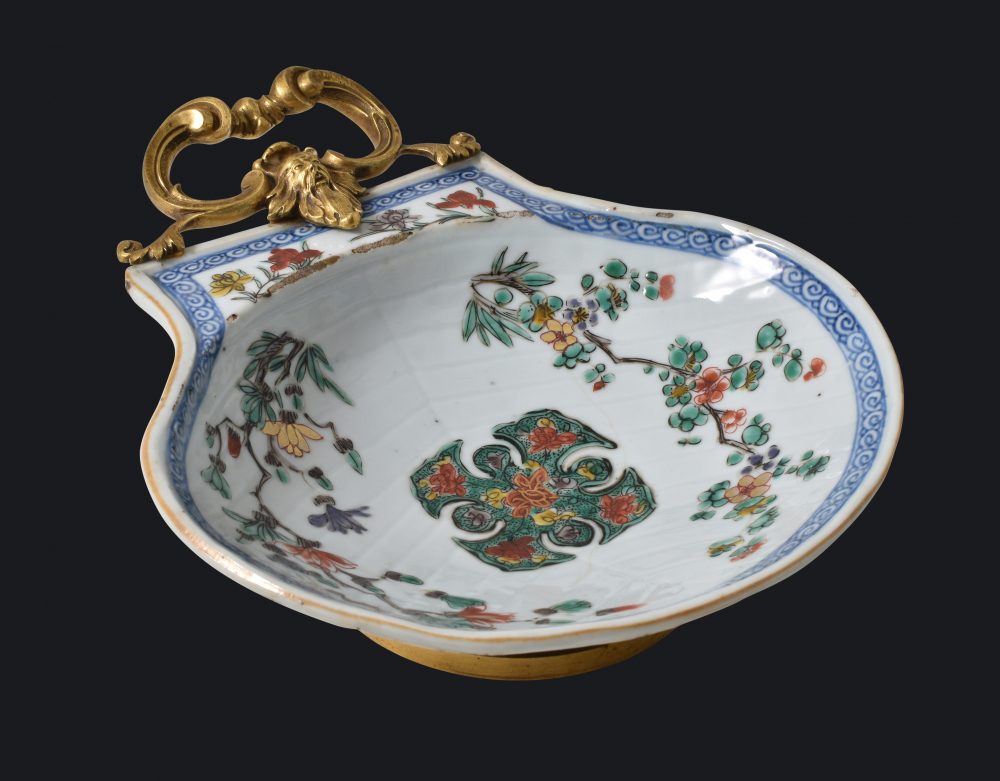 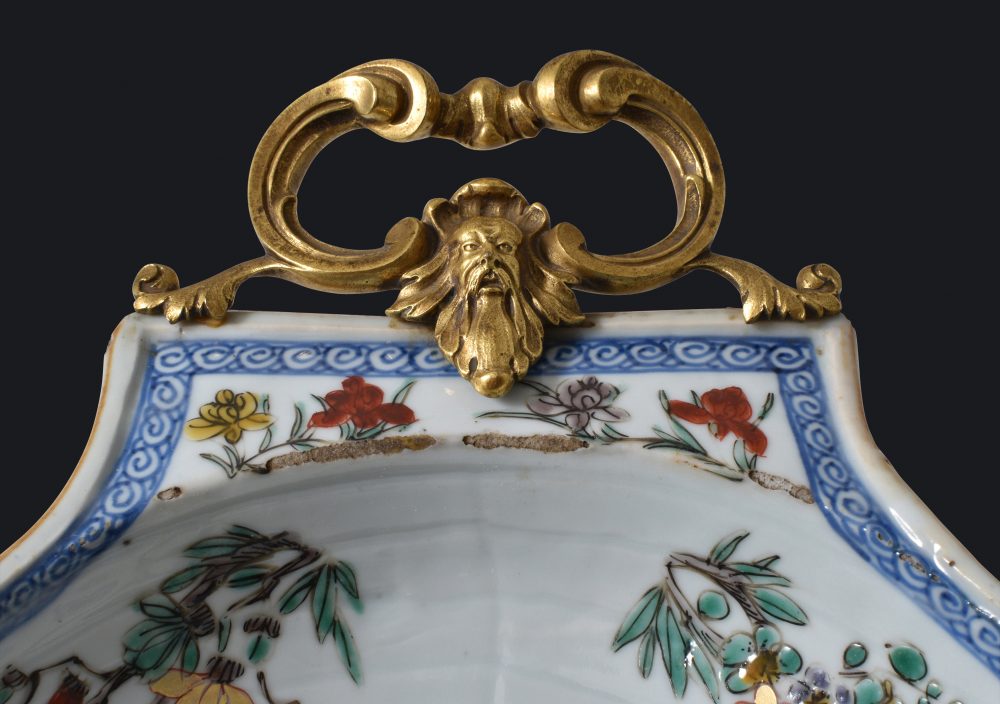 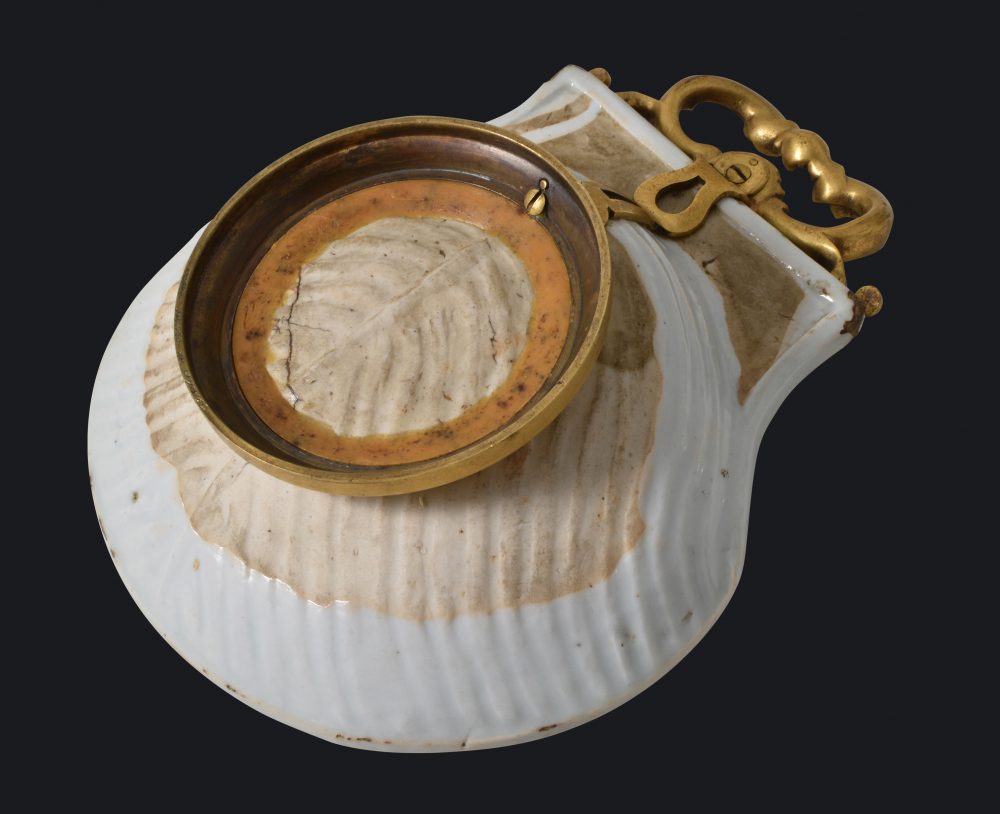 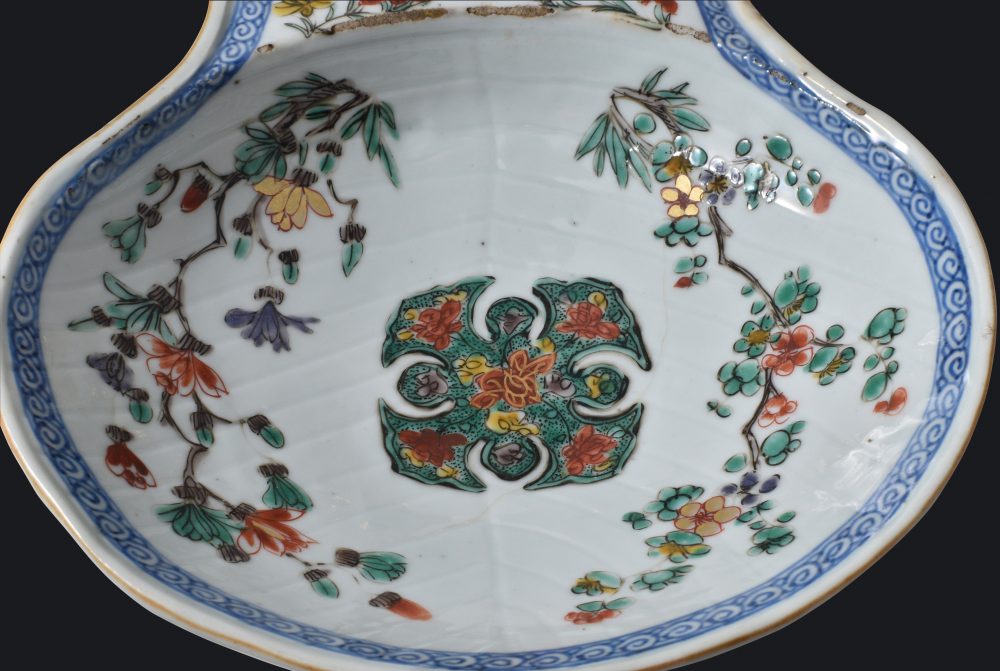 The shell-dish lightly moulded and finely enamelled in shades of green, yellow and black with a quatrefoil ruyi medallion flanked by flowering prunus and magnolia branches, the border with a scroll band in underglaze blue.