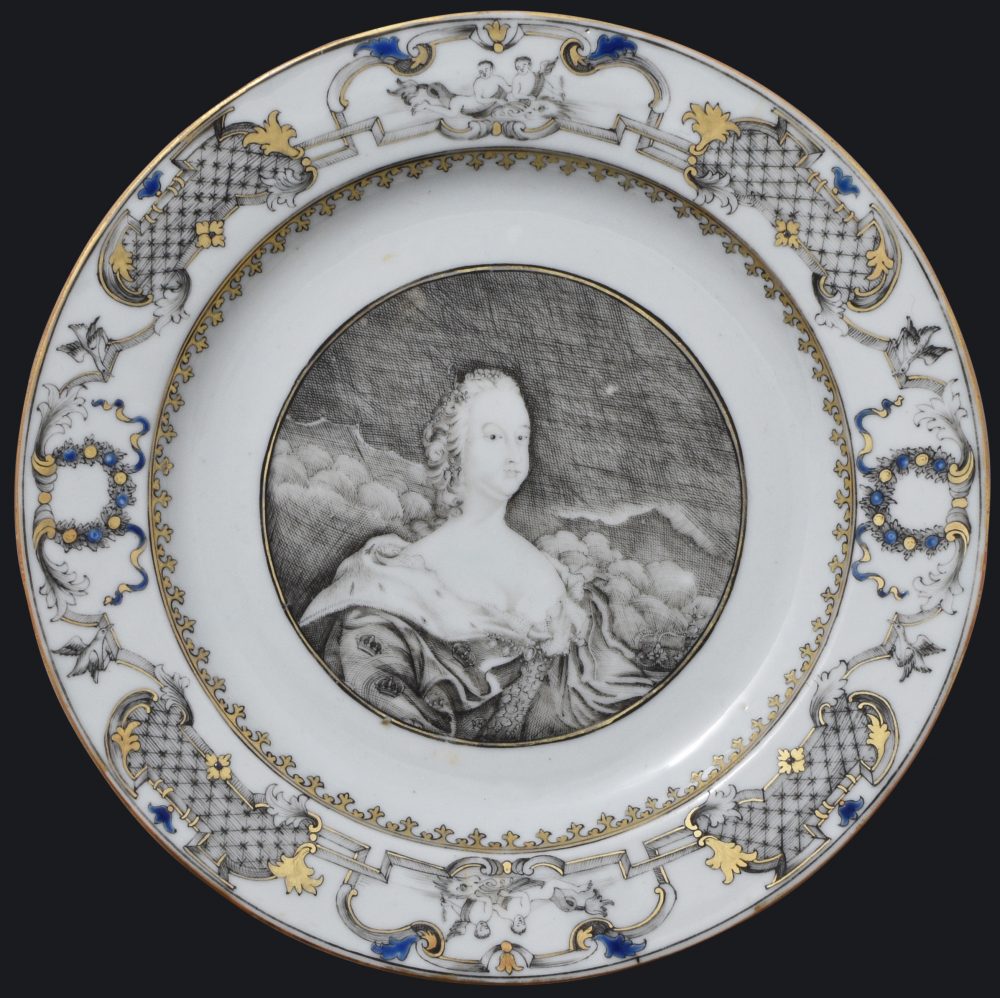 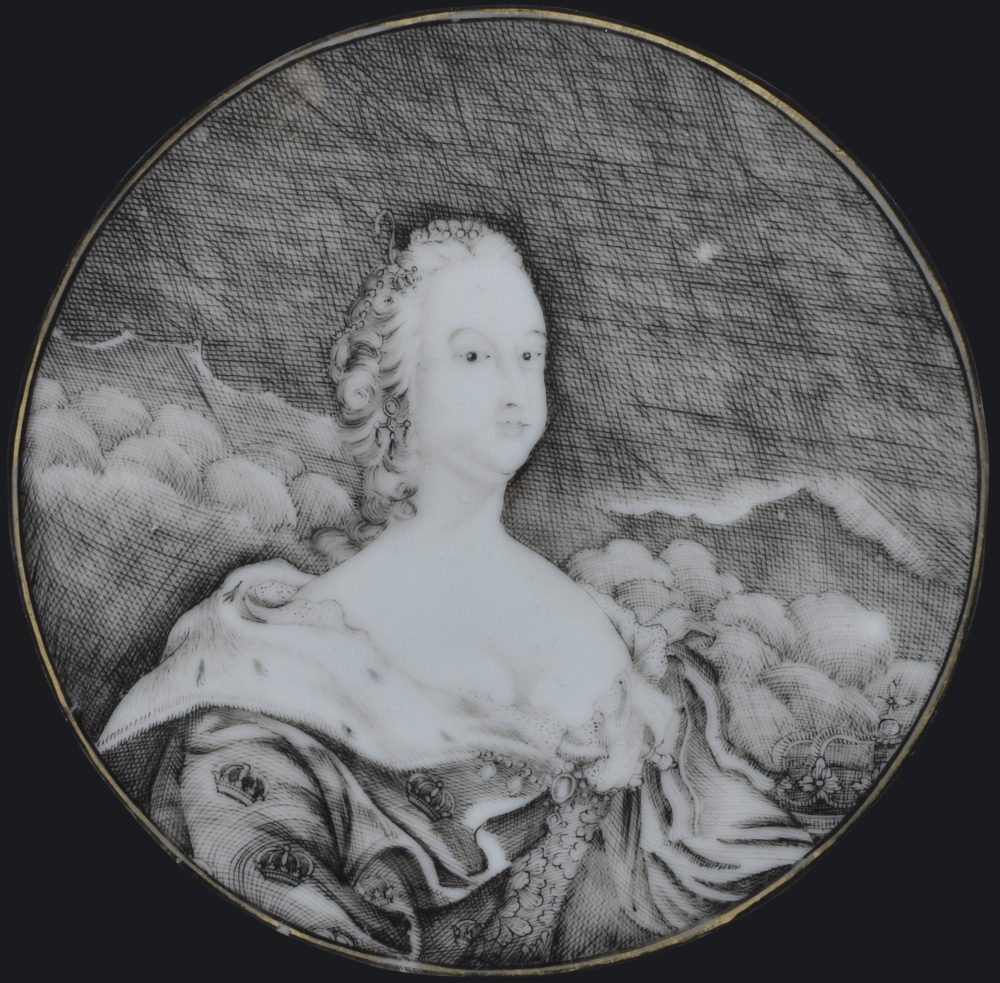 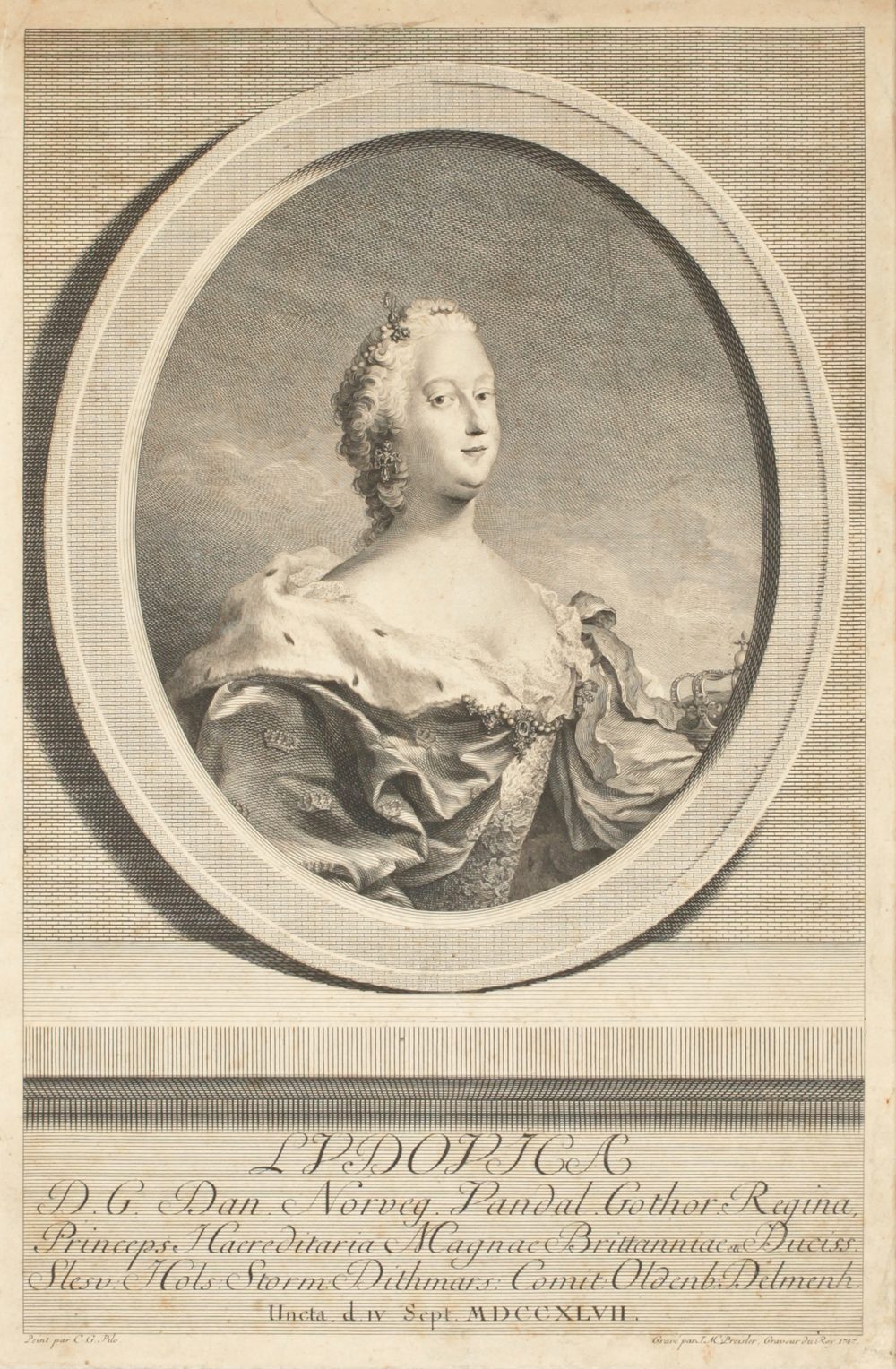 Decorated en grisaille, and heightened in blue enamel and gold. In the centre is a circular medallion displaying the three-quarter length portrait of Louise of Denmark-Norway, dressed with an ermine collar over a royal robe embossed with crowns and wearing elaborate earrings and a pearl tiara atop her curly hair. The plate is decorated with with gilt spearhead border on the cavetto, and around the rim, a border with four cartouches is filled with a trellis pattern du Paquier-style flanked by perched birds, intercalating with wreaths and two further sat-work panels decorated with two cupids riding a dolphin.

From a French Collection

A plate with the Queen Louise was in the Miller Collection (sold at Christie’s NYC, Chinese Export Art including the Sowell Collection, 21 january 2016, lot 68)

Luisa Vinhais & Jorge Welsh published recently four plates (three plates with the Queen Louise and one plates with the King Frederick V), in Through Distant Eyes: Portraiture in Chinese Export Art, october 2018, pp. 108/112. (some of them from the collections mentioned previously).

Louise of Denmark-Norway was the daughter of King George II of England. She married Frederick V at Christiansborg on December 11, 1743, and they became king and queen of Denmark and Norway in 1746. These portraits representing King Frederick V and his wife, were taken from engravings by Johann Martin Preissler, which in turn were after paintings by Carl Gustave Pilo (1712-1792), a historical artist who painted most of the royal families of northern Europe.