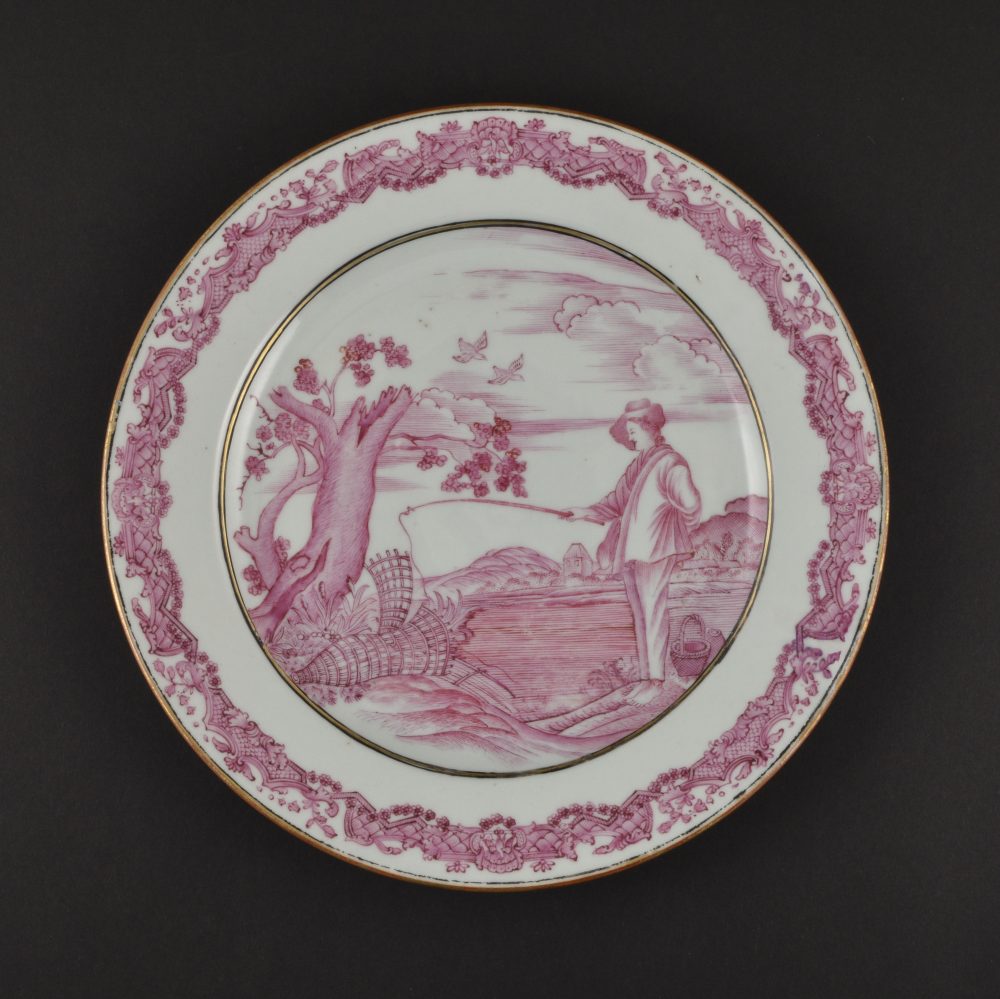 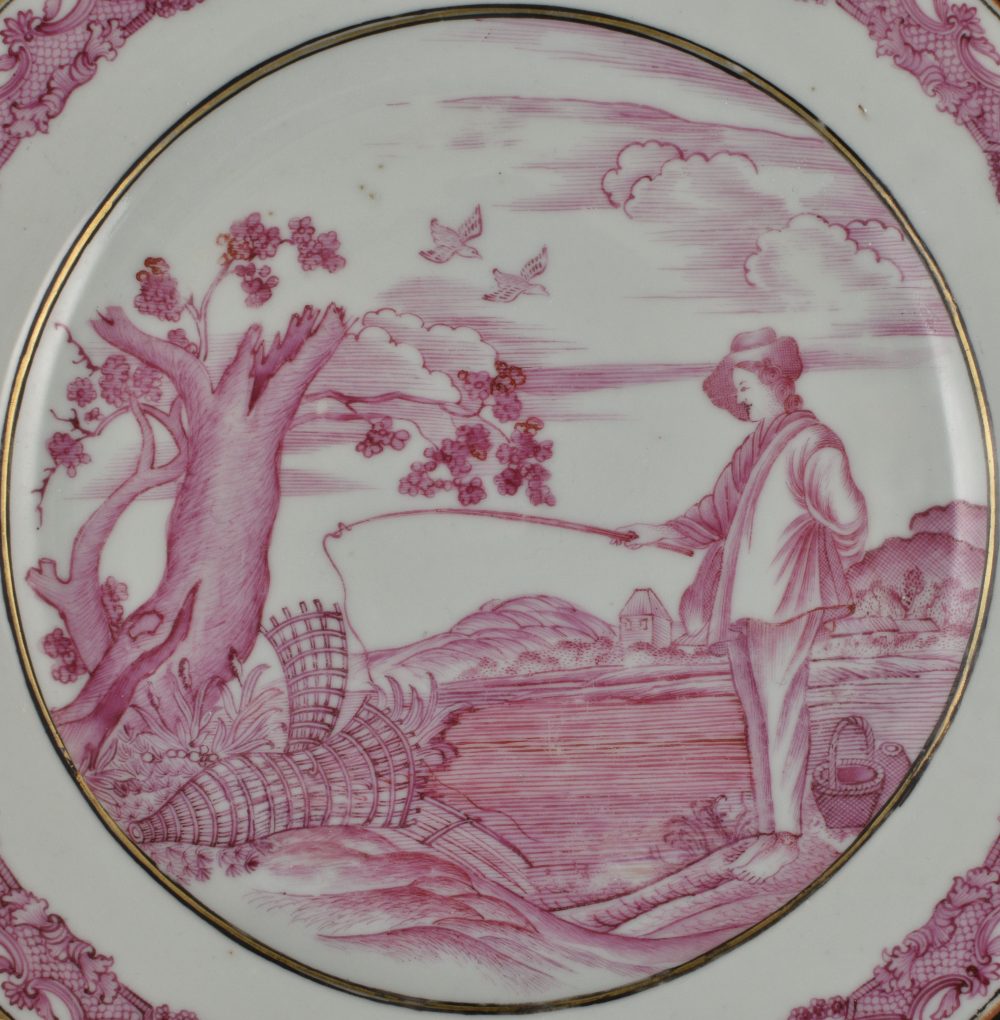 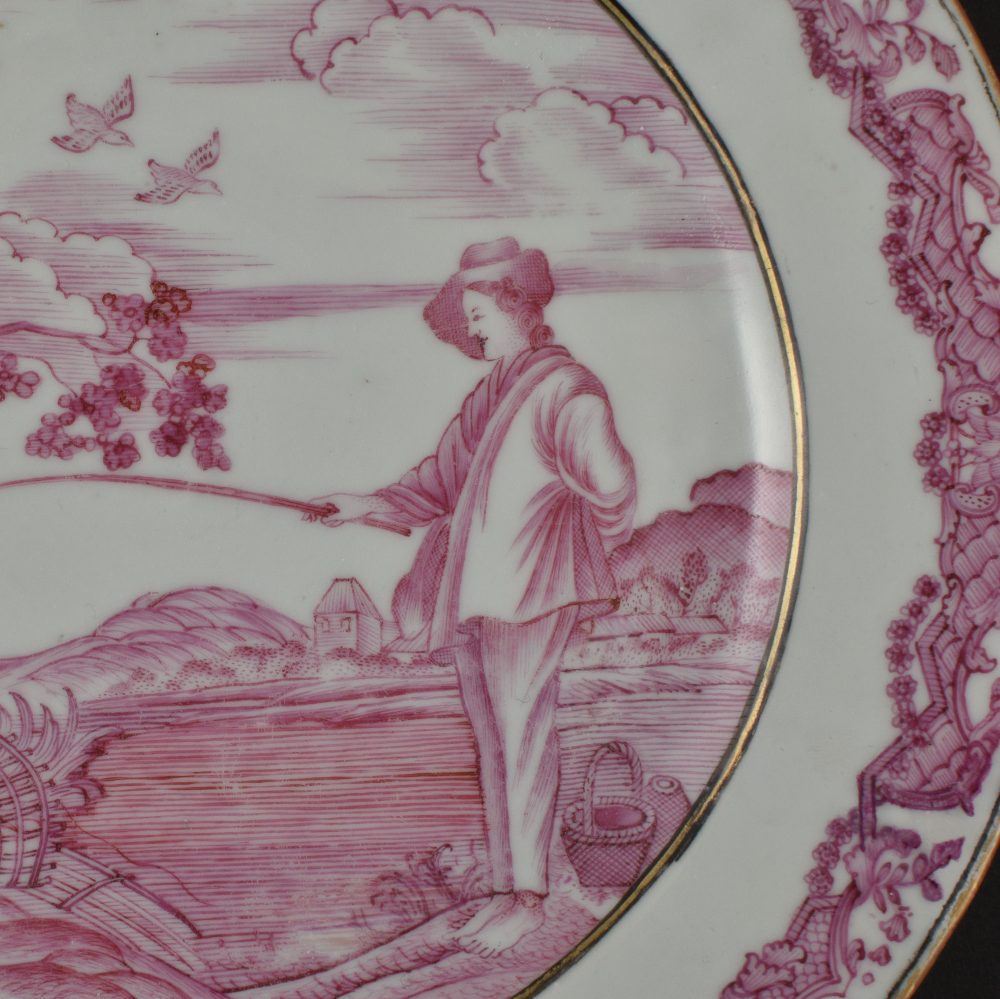 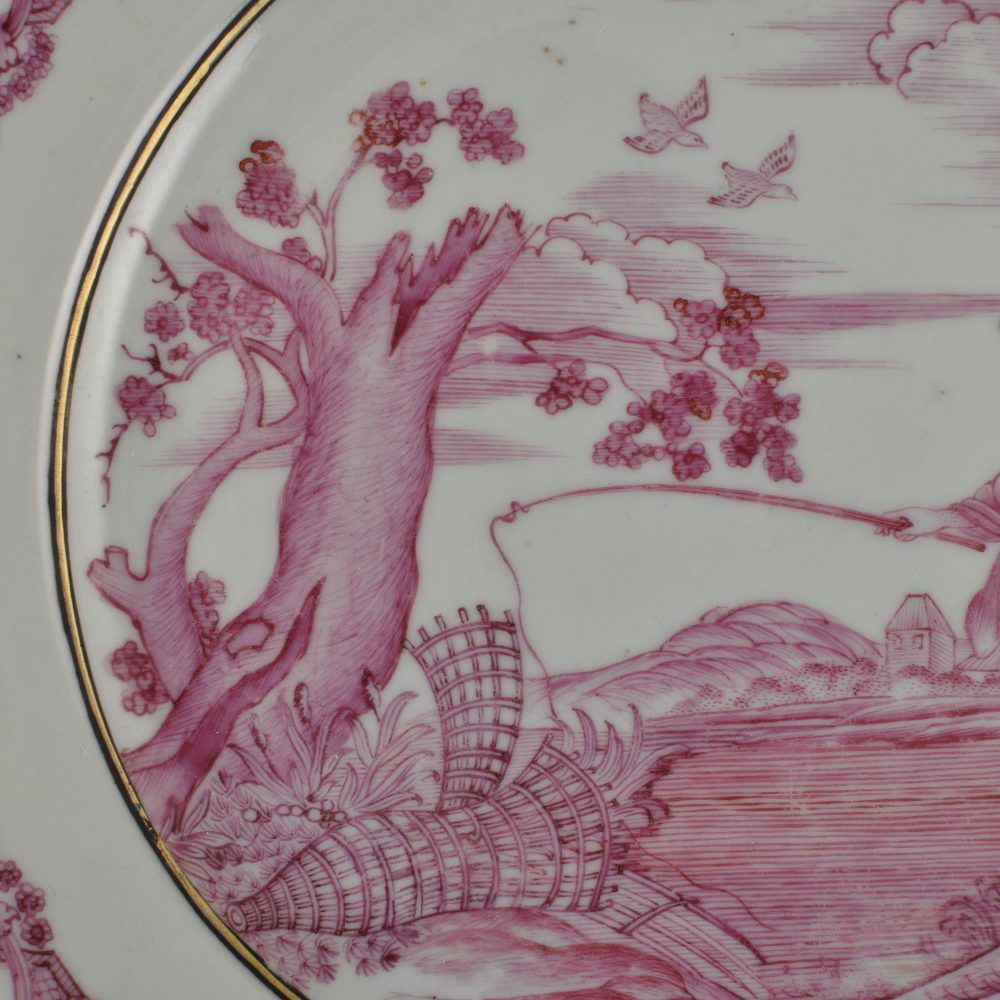 Decorated in camaïeu carmin with a Dutch fisherman before traps and a tree trunk, the rim with a Du Pasquier style border.

An important private European Collection made around 1960

The Fisherman puce plates are in the collections of :

-Museo do Orient, Lisbon (formerly in the Paulo Cunha Alves Collection, published in From East to West, p. 184, no. 111).

The Fisherman puce plates were also in important private collections such :

This scene is found in famille rose enamels (en camaïeu carmin),as in the present lot (the rarest pattern), en grisaille and gilt, and in polychrome enamels, with a variety of borders. David Howard suggests that the polychrome version of “The Fisherman” was probably ordered by the V.O.C., whereas the others versions, en grisaille and in pink camaïeu, with less costly rims, where ordered by private traders.