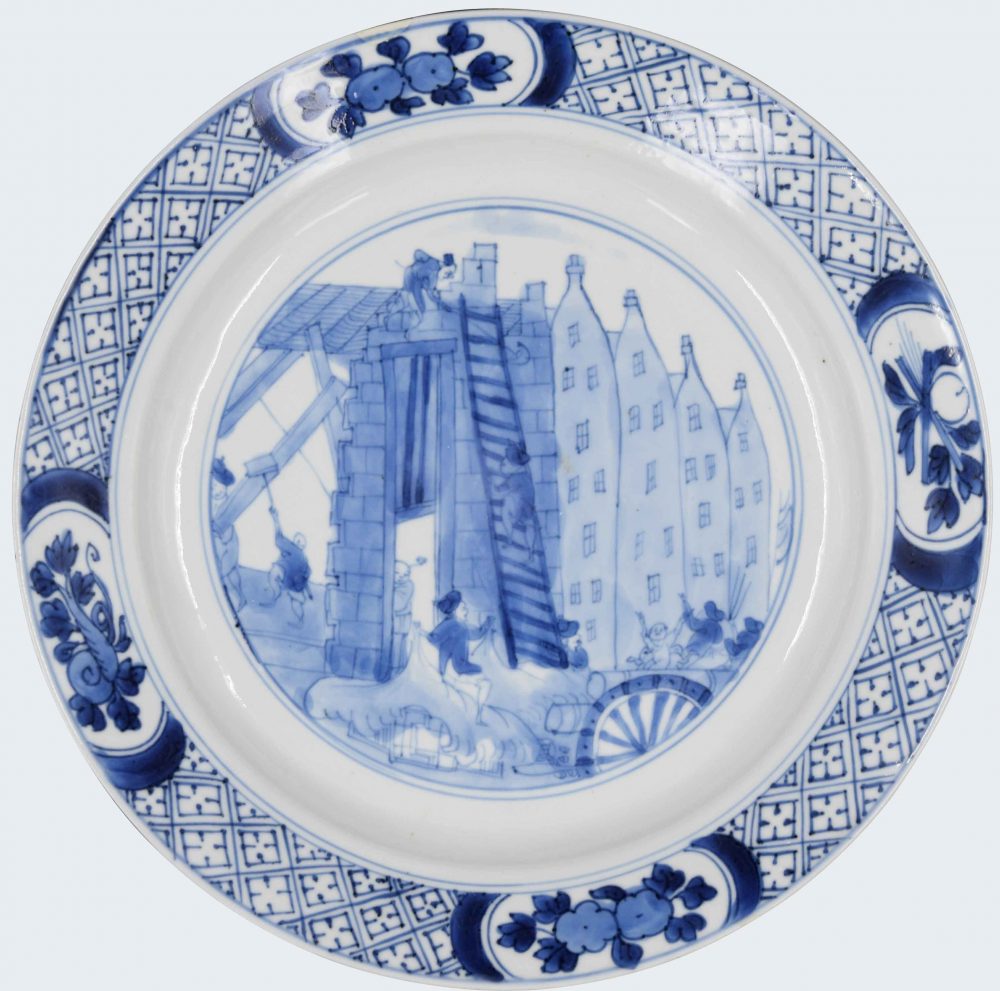 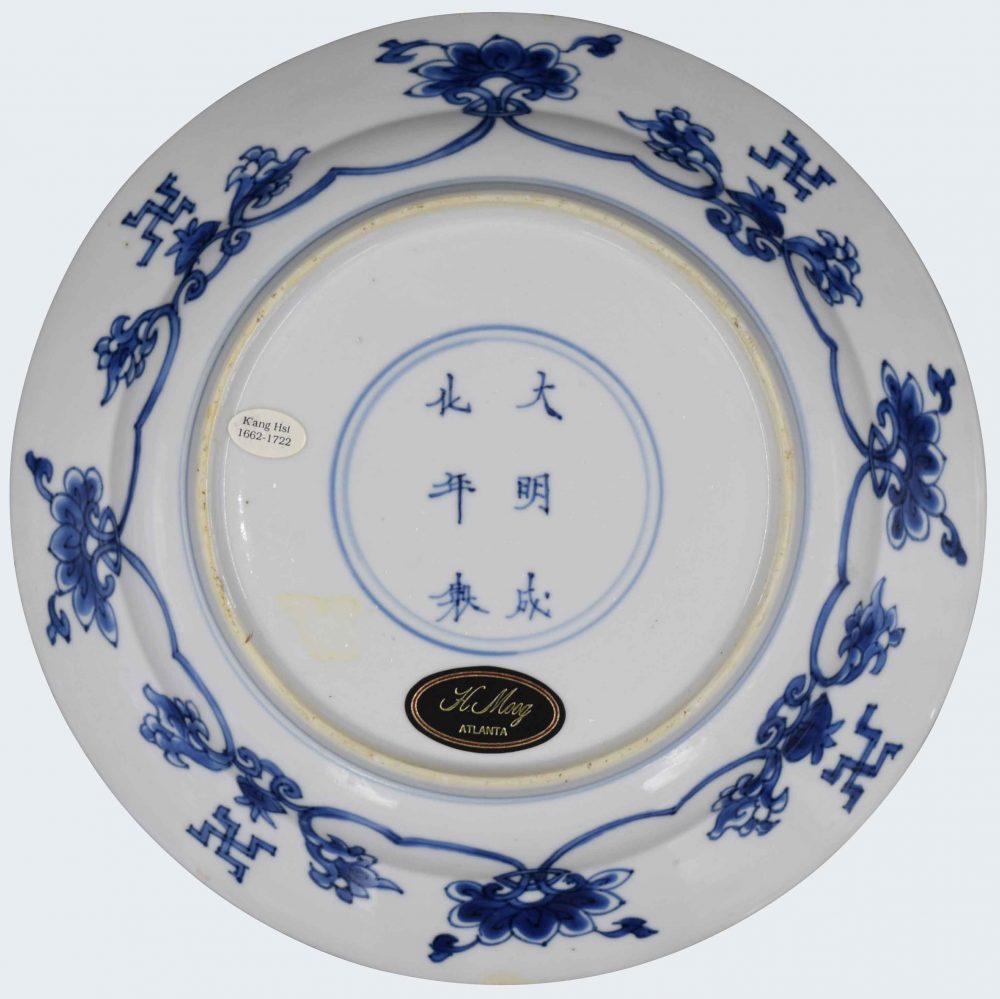 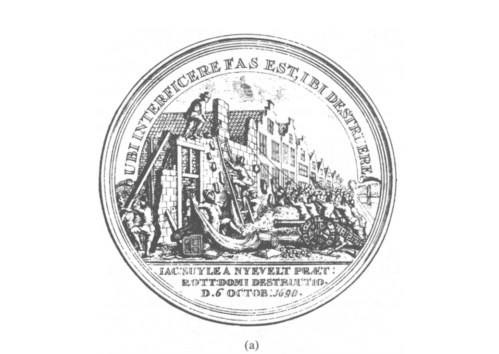 Painted in underglaze blue, the center with figures attaching the house of Jacob van Zuylen van Nyevelt within a diaper border reserved with panels painted with flowers and fruits, the base with an apocryphal Chenghua mark.

The riots occurred in Rotterdam between September and October 1690 after a young guard, Cornelius Kosterman, accidentally killed a man while smuggling wine into the city hall to celebrate with his colleagues. Kosterman was sentenced to death by then Chief Baliff Jacob van Zuylen van Nyevelt. The public was enraged by the injustice and riots ensued. The source of the subject matter comes from a popular medal stuck by Dutch medalist Johannes Smeltzig (1656-93) after an engraving by G. van Loon.

The central scene is taken from a medal by Jan Smeltzing (1656-1693) after an engraving by Gerard van Loon. The Medal was struck in silver, pewter and gold (L.S.Forrer Biographical Dictionary of Medallists, Vol V, p550) despite the 1688 Dutch edict that prohibited the making, printing, and retailing of “scandalous and infamous lampoons”. The Smeltzing medal was secretly set to China as a model for a large porcelain order. Howard & Ayers, China for the West, vol.I, p. 60, gives a detailed account of this riot following the execution of Cornelis Kosterman in 1690. The chief bailiff, Van Zuylen van Nijevelt, had sentenced this young guard from the Rotterdam City Hall to death in his attempt to steal some wine from the cellars for a celebration with his colleagues. Howard & Ayers illustrate, China for the West, no. 15, a severed head of Cornelis Kosterman on a funerary monument, which was taken from the reverse of the medal is show in the well of the teabowls. This pattern is usually encountered on standard 8 1/2 inch plates. Small teabowls and saucers appear to be the only other form used for this design.