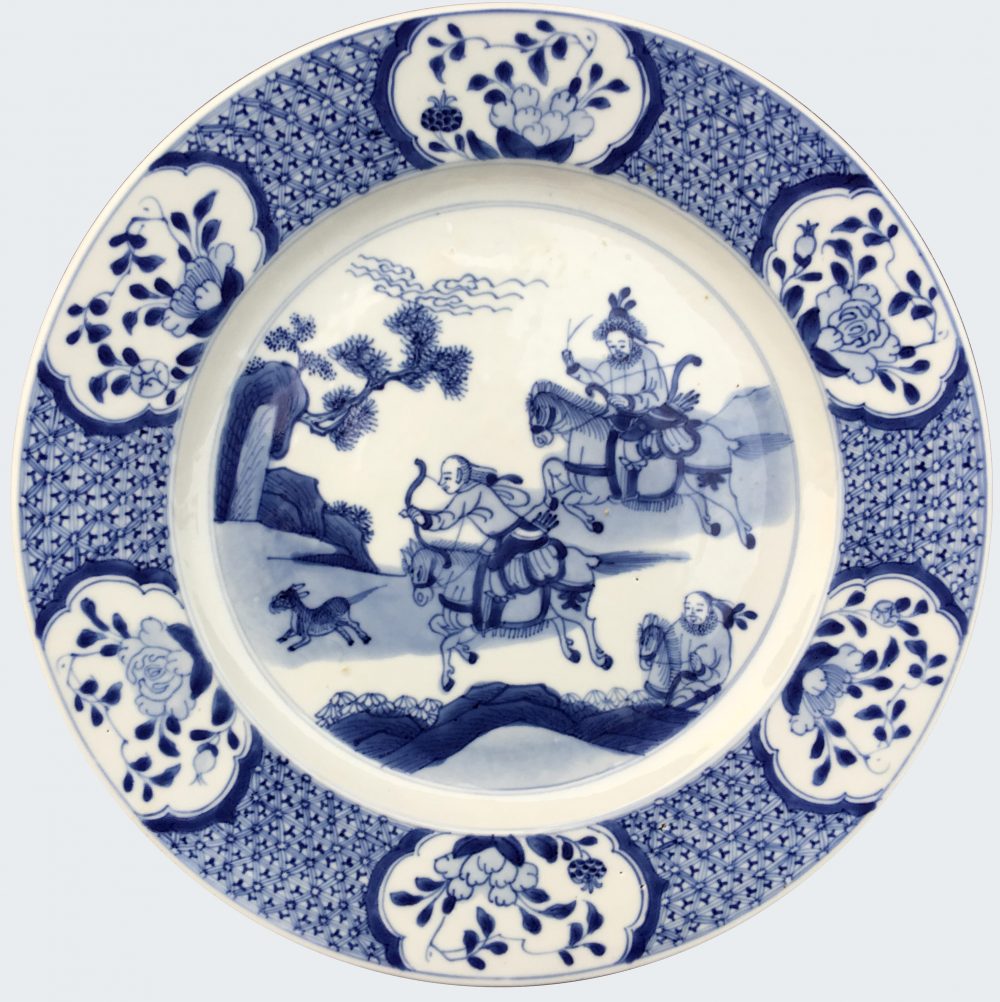 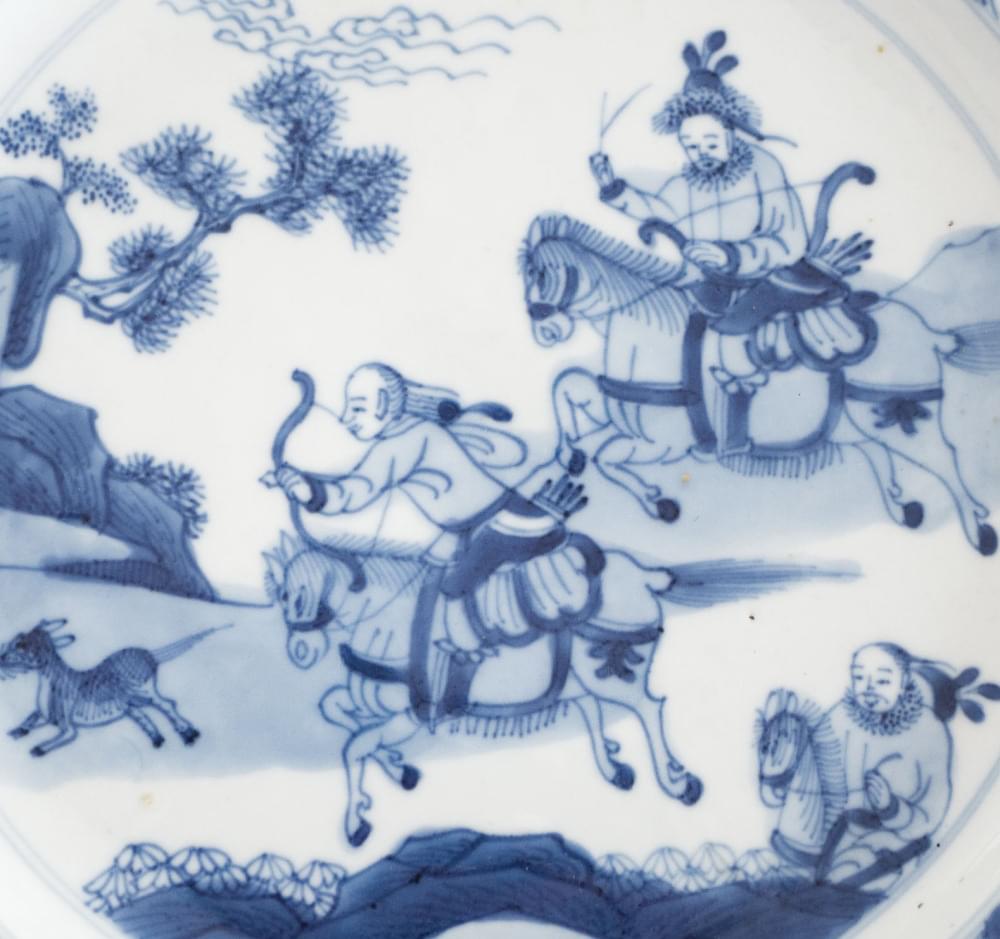 The plate painted in underglaze blue, with a landscape and two Chinese archers on horseback, a third riding beside, led by the hunting dog, the scene surrounded by a double circle. The flattened rim painted with leiwen border having lobed blue-bordered reserves of flowerheads and foliate sprays, the verso centering with a ”conch”, one of the « Eight Buddist Emblems of Happy Augury », also implying a wish for a prosperous voyage. The rims having wash-painted vignettes of rocky shorelines with pagodas.

This model is illustrated by David Howard and John Ayers in China for the West : Chinese Porcelain and other Decorative Arts for Export illustrated from the Mottahedeh Collection (T. I, no. 19, p. 64 ; and a detail of the scene p. 7), dated Kangxi period.

Another model was held on at the Portland Museum of Art (Portland Oregon) but was deaccessioned by the museum.