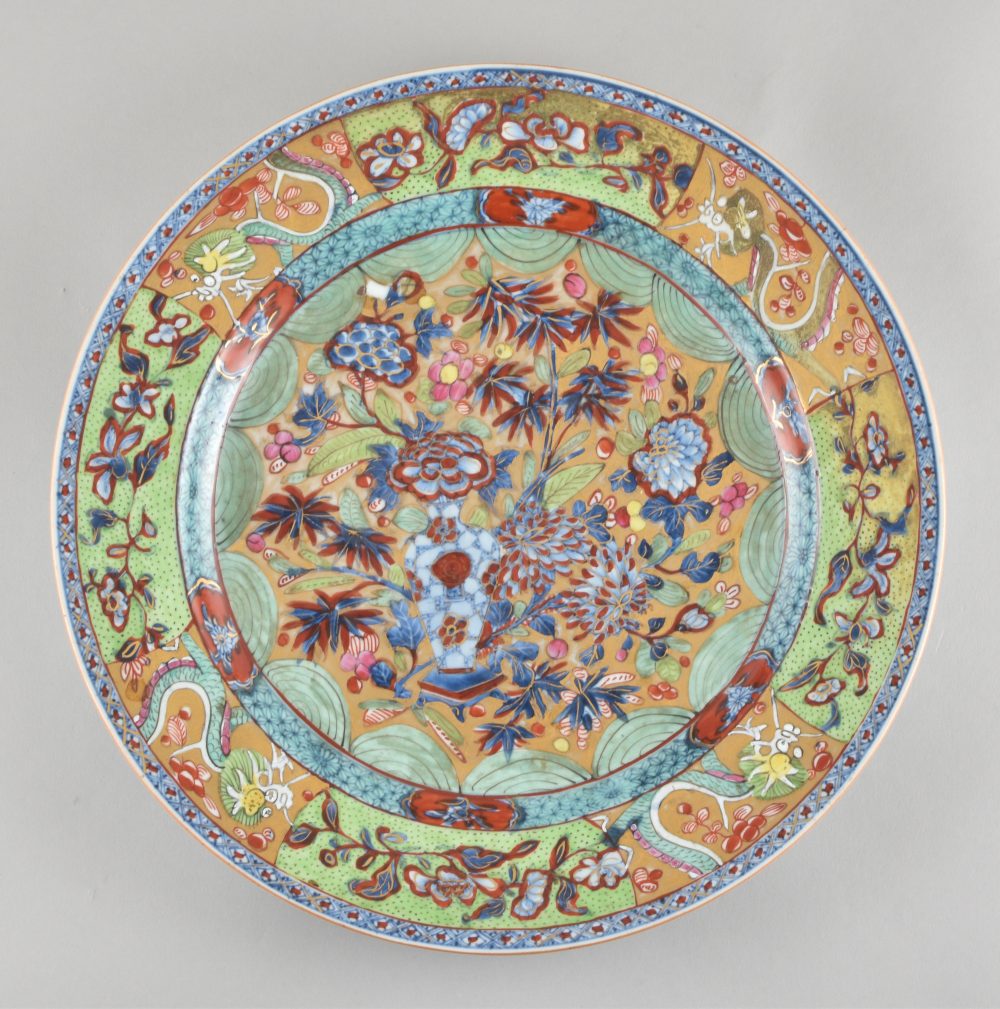 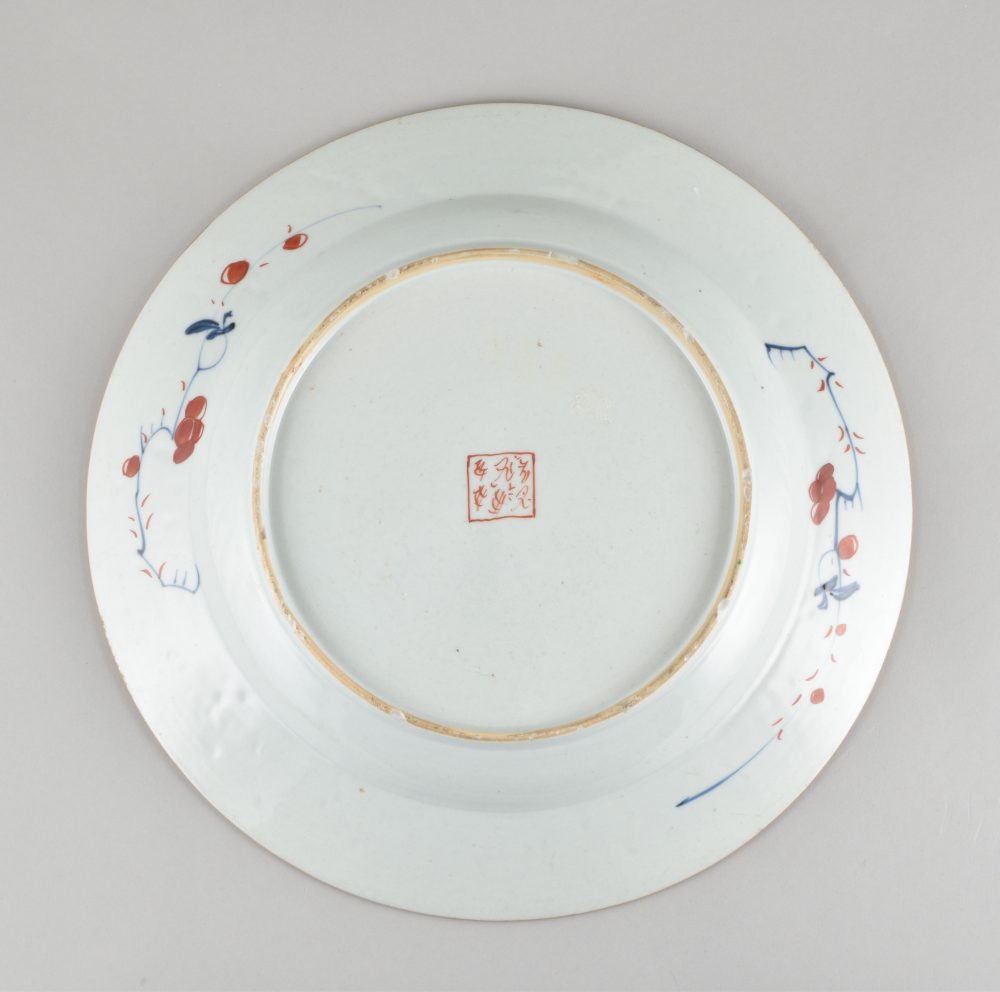 A Chinese blue and white dish with an English Over-decoration. Qianlong period

Decorated in underglazed blue with a baluster vase, bamboo and peonies, and in an opulent style, with a gold ground and gold outlining and detailing of the pattern, tomato red, pink and yellow flowers. Four dragons are painted on cartouches on the rim.

This style became popular in England during the 19th century and became copied Staffordshire ironstone, which had made careful imitations of Chinese blue and white shape with English clobbering.

On the base of many pieces over-decorated in this way, there is a decorator’s mark in red enamel in the form of a square filled with pseudo-Chinese characters.

Chaffers stated that Chinese porcelain was decorated at Isleworth, a London pottery started in 1757, and continuing well into the 19th century but as yet there is no evidence to support this.