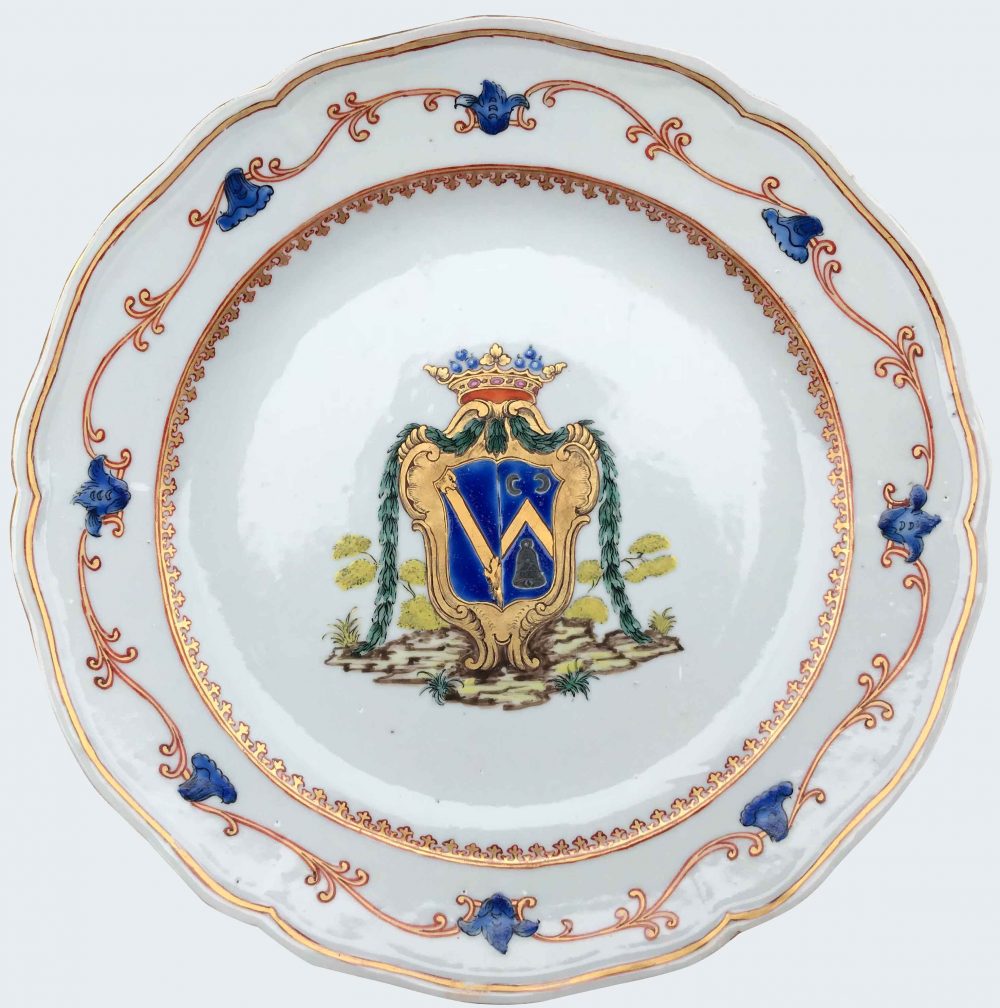 A Chinese armorial plate for the continental market. Qianlong period.

Decorated in the famille rose palette with a moulded foliate-rim and a coat of arms.

A plate from this service was sold at Christie’s London, Fine Chinese Ceramics and Works of Art Including Export Art, 13 may 2008, lot 294, described with “the arms of Count Tessin”. This service has the same border but the coat of arms is a bit different. Carl Gustaf Tessin (5 September 1695 – 7 January 1770) was a Swedish Count and politician and son of architect Nicodemus Tessin the Youngerand Hedvig Eleonora Stenbock. He was one of the most brilliant personages of his day, and the most prominent representative of French culture in Sweden. He was also a fine orator.

The coat of arms of our plate were also identified for the Spanish market (Andrade family, see Sotheby’s, Important Americana, 16 january 1997, lot 1418). It could be possibly made for the Swedish or the French market.