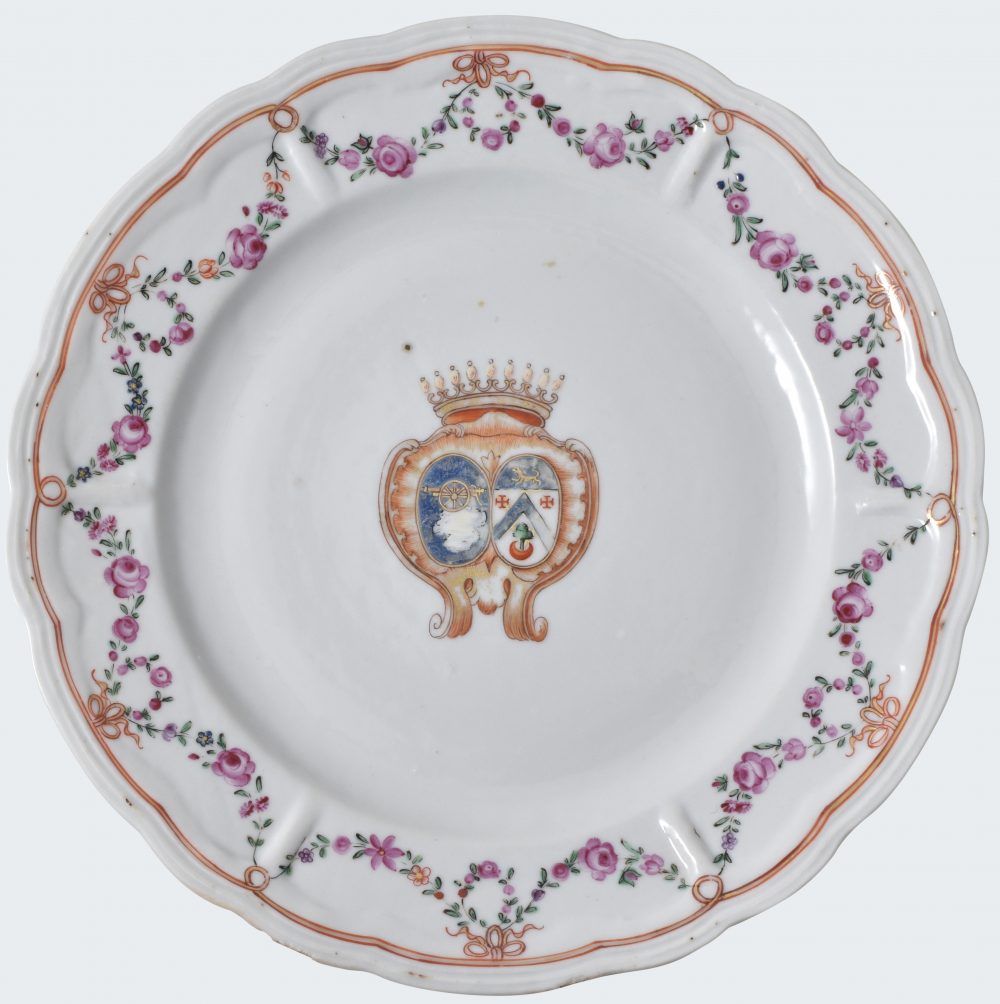 Decorated in the famille rose palette, with the coat-of-arms of Marchal de Sainscy.

This service was ordered for Louis Sebastien Marchal de Sincy. He was Captain of the Cavalry in the Mestre de Camp Regiment, and was made Knight in the Order of Saint Louis and later on he became Governor of the town of Abbeville, then econome general of the French clergy and maitre d’hotel ordinaire to the King.