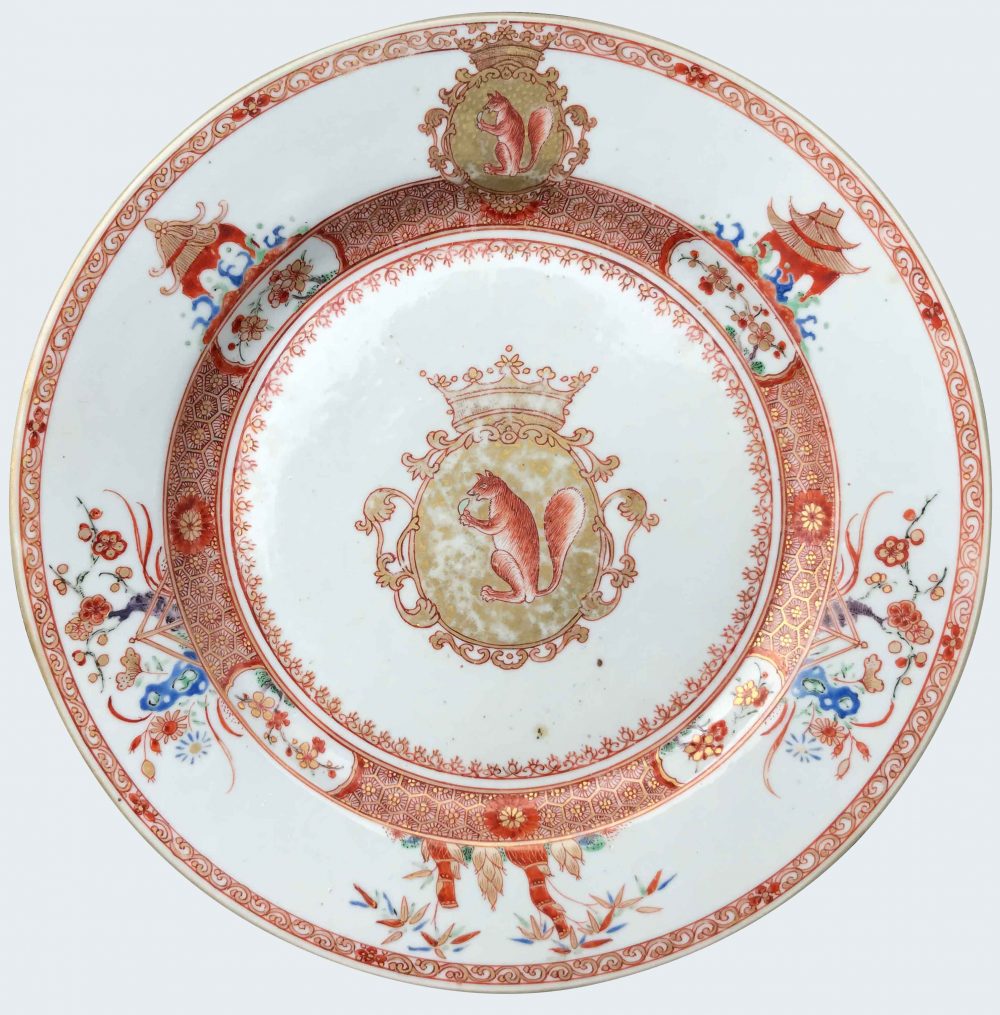 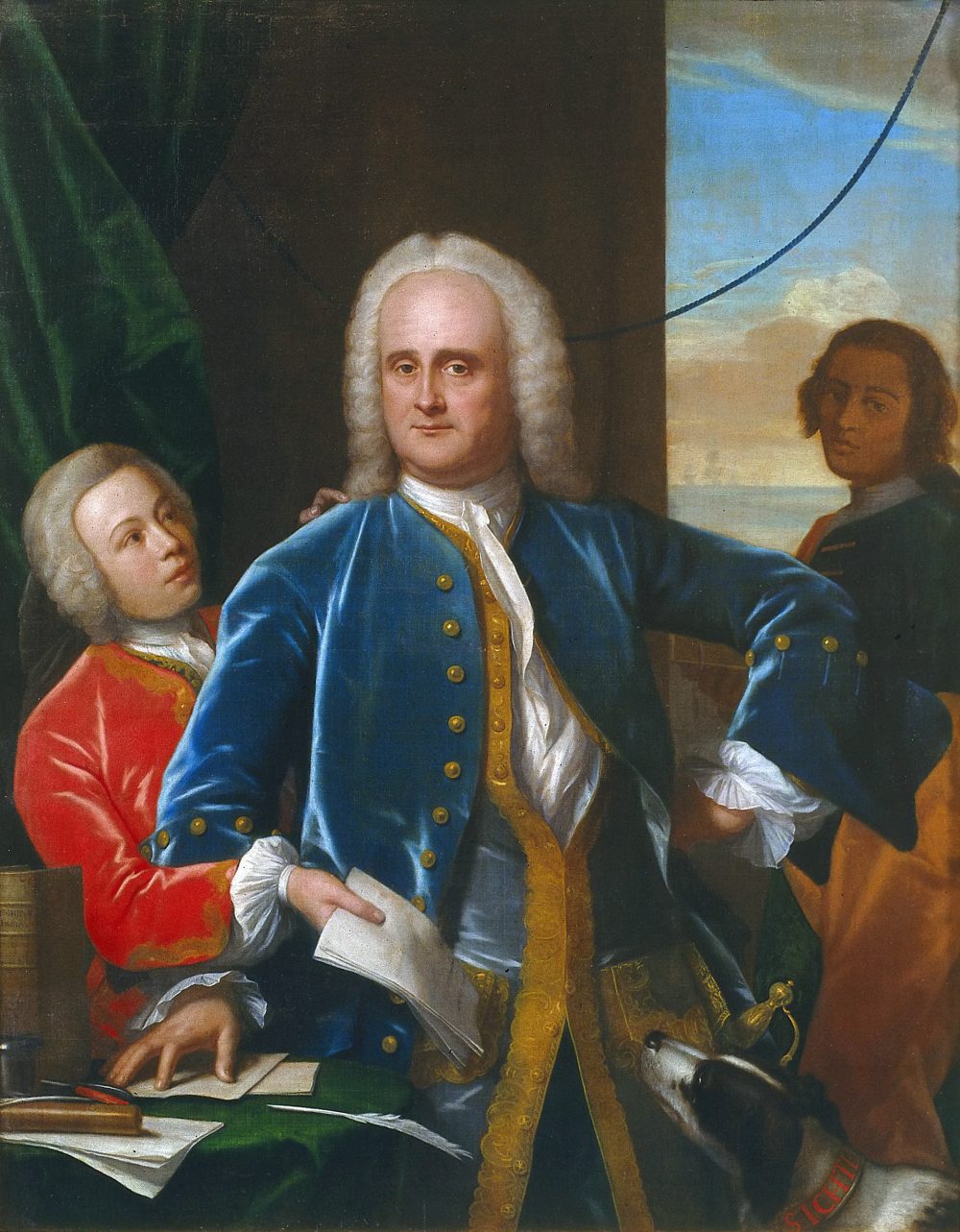 A Chinese armorial plate for the Dutch market with the coat of arms of Jan Albert Sichterman. Yongzheng period.

Decorated in rouge-de-fer and gold with brown, green, purple and blue. On the rim, there is a spiraling scroll border with bamboo, two groups of flowering plants and a gate, two Chinese pavilions or pagodas and above a coat of arms repeated. At the cavetto, there is a honeycomb diaper border with four reserves filled with flower sprays. The Sichterman arms are in the centre and on the upper rim of the plate.