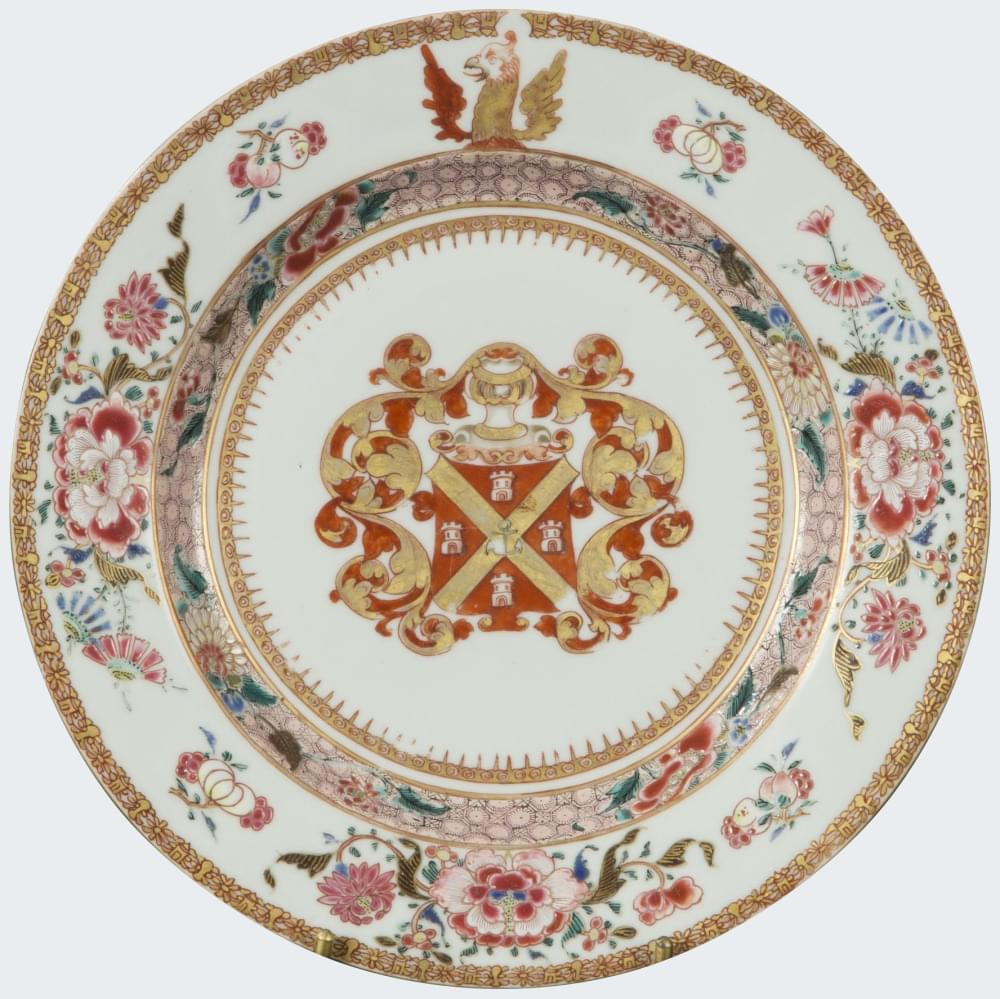 Decorated in the famille rose palette and painted in the center with the arms of de Neufville of Amsterdam within a spearhead-and-dot border around the well and a pink cell diaper border interrupted with flowering branches around the cavetto the rim with the demi eagle crest between famille-rose fruit sprigs alternating with three floral sprays within a gilt floral border.

An identical plat, from the collection of Khalil Rizk,was sold at Christie’s New-York, 25 April 2008, lot 19.

An identical plate is illustrated by Kroes, Chinese Armorial Porcelain for the Dutch Market, p. 144, cat. no. 50, who discusses the de Neufvilles, a wealthy Mennonite family in Amsterdam, and suggests that the most likely members to have ordered this service were Matthaeus de Neufville (1686-1743) or Jan Isaac de Neufville (1706-72).

Another plate from the present service is illustrated by Lunsingh Scheurleer, Chine de commande, pl. 268 ; and a further example was sold at Christie’s in Amsterdam on November 19, 1996, lot 199.