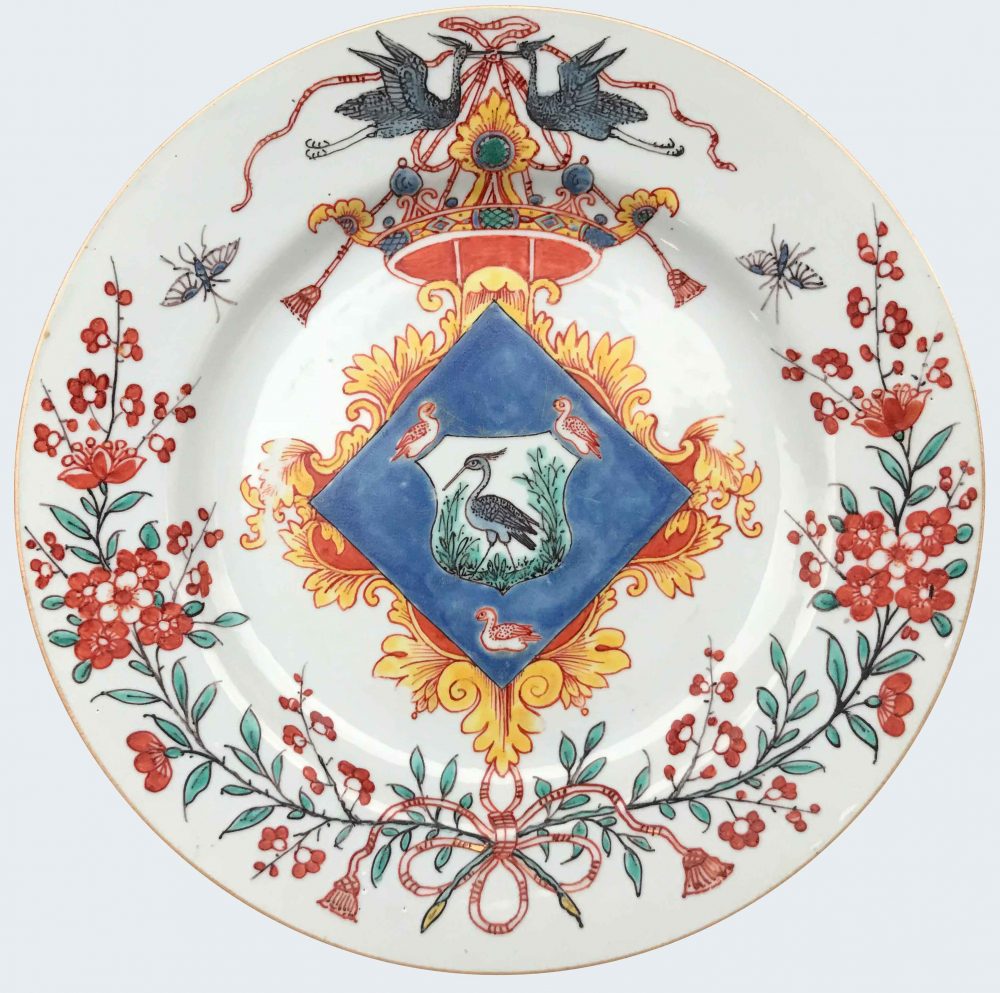 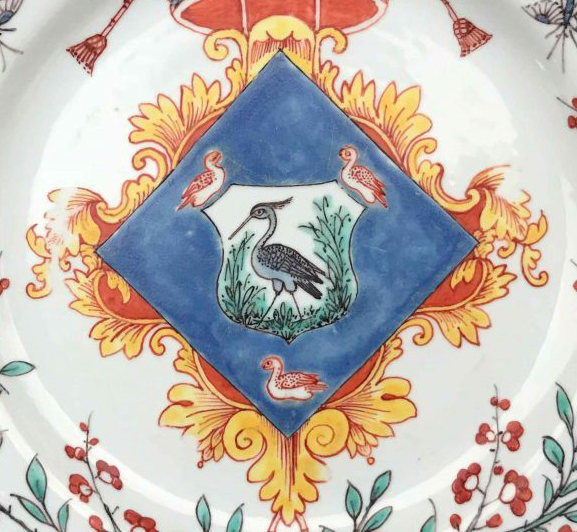 Decorated in the arms of De Wale with Ankeveen in presence within yellow and red scrolling foliage, beneath a crown, all suspended by a tasseled rope held by two blue herons, all above rope-tied red and green flowering branches and scattered insects.

For a discussion on the identification of the arms and the origins of the decoration, see Dr. Jochem roes, Chinese Armorial Porcelain for the Dutch Market, The Hague, 2008, no. 433, p. 509. According to Dr. Kroes, there are only thirteen known examples, in three sizes, of which this is the smallest.

Jörg has suggested that this unusual image was painted partly in China and partly in the Netherlands: with the different style and palette, the shield and scrollwork would have been painted in China in the late 1720’s and the rest perhaps painted in Delft or elsewhere in Holland in the 1730’s. However, this is questionable because the use of rouge de fer enamels is very similar both on and around the coat of arms. Therefore, it must all have been painted in the Netherlands at the same time, probably during the 1720’s.

This unusual coat of arms has often been misinterpreted. The heron arms have been erroneously attributed to the city of The Hague (Gordon), and to the Reigersberg and Cruls families, bearing a heron and three martlets. But the lozenge-shaped shield with the three martlets are the arms of De Walé from Ankeveen, who incorporated the heron arms of Ankeveen as a shield of pretence.