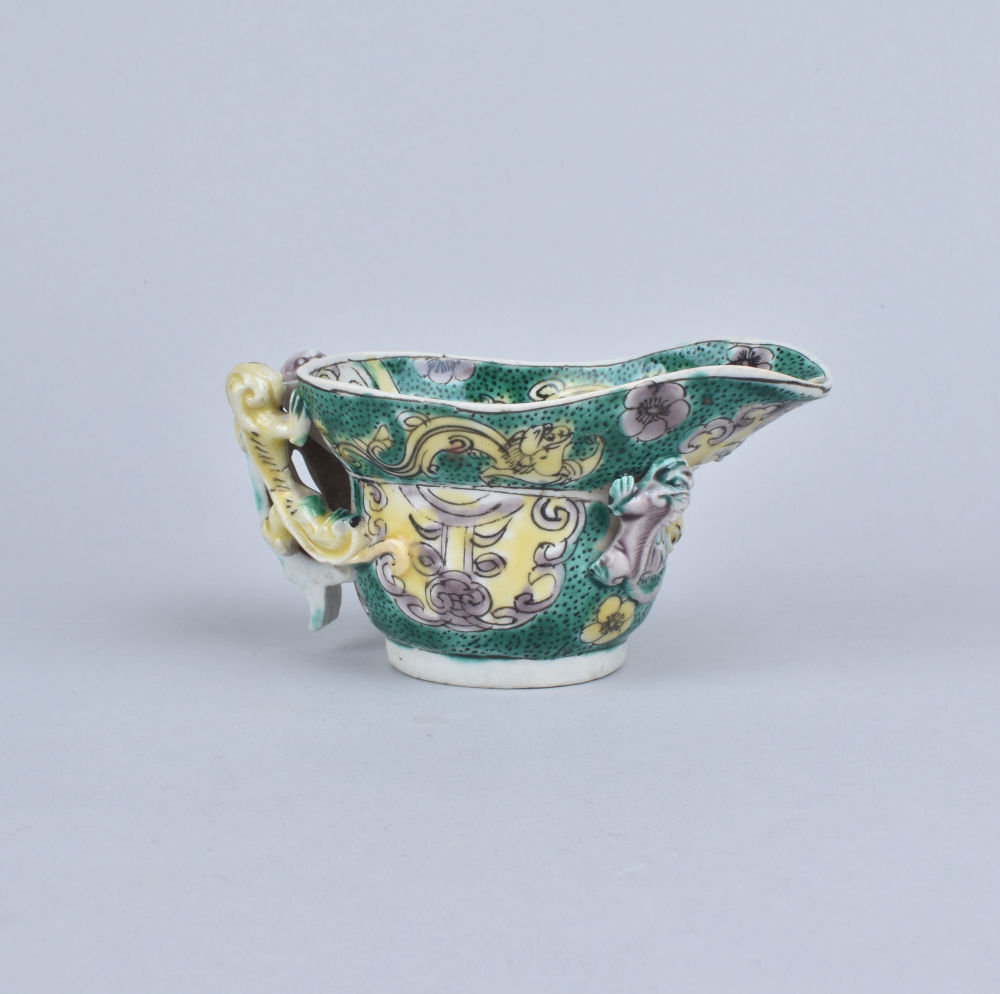 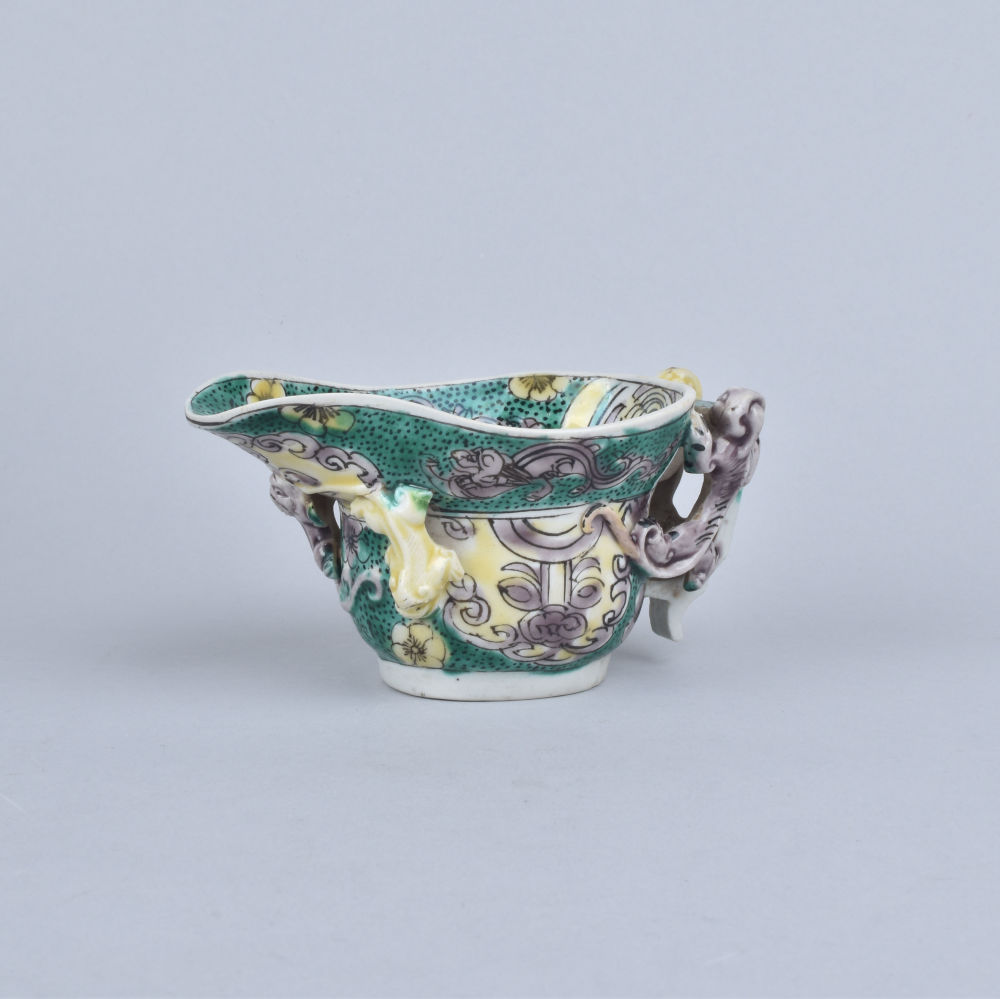 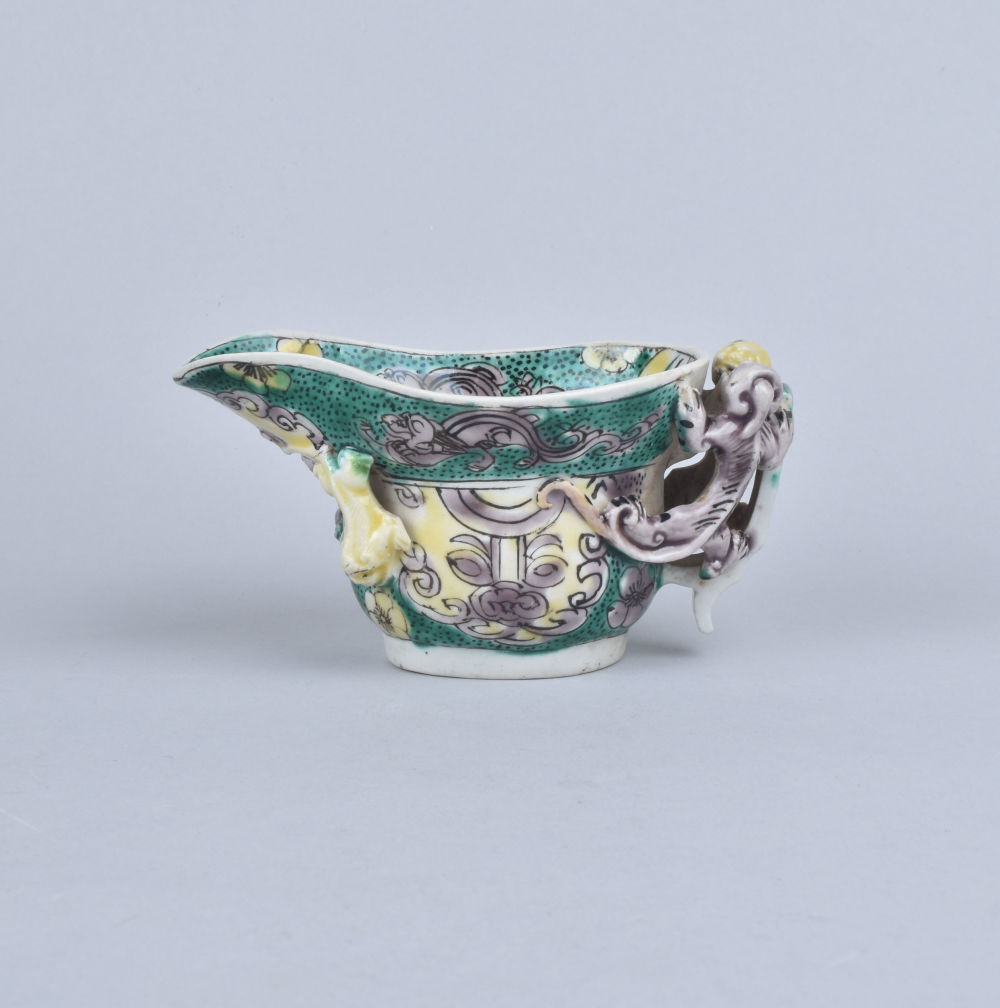 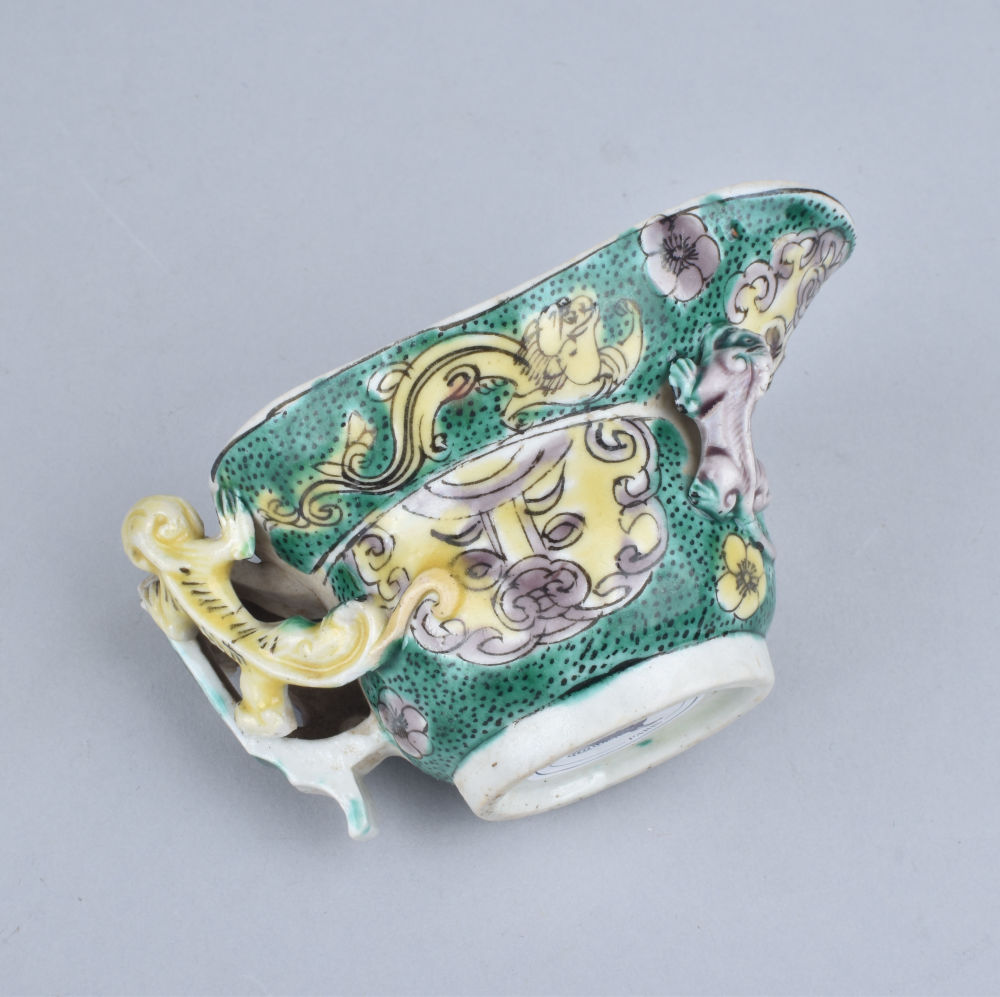 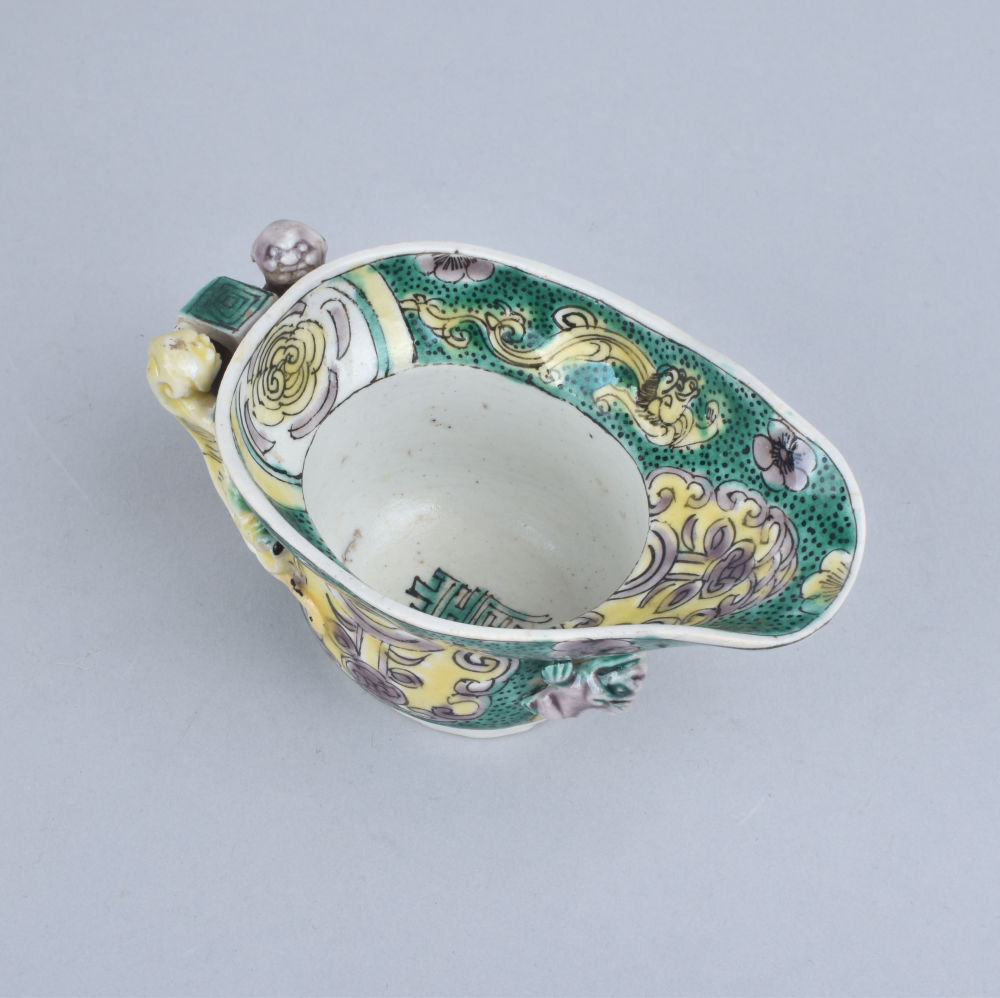 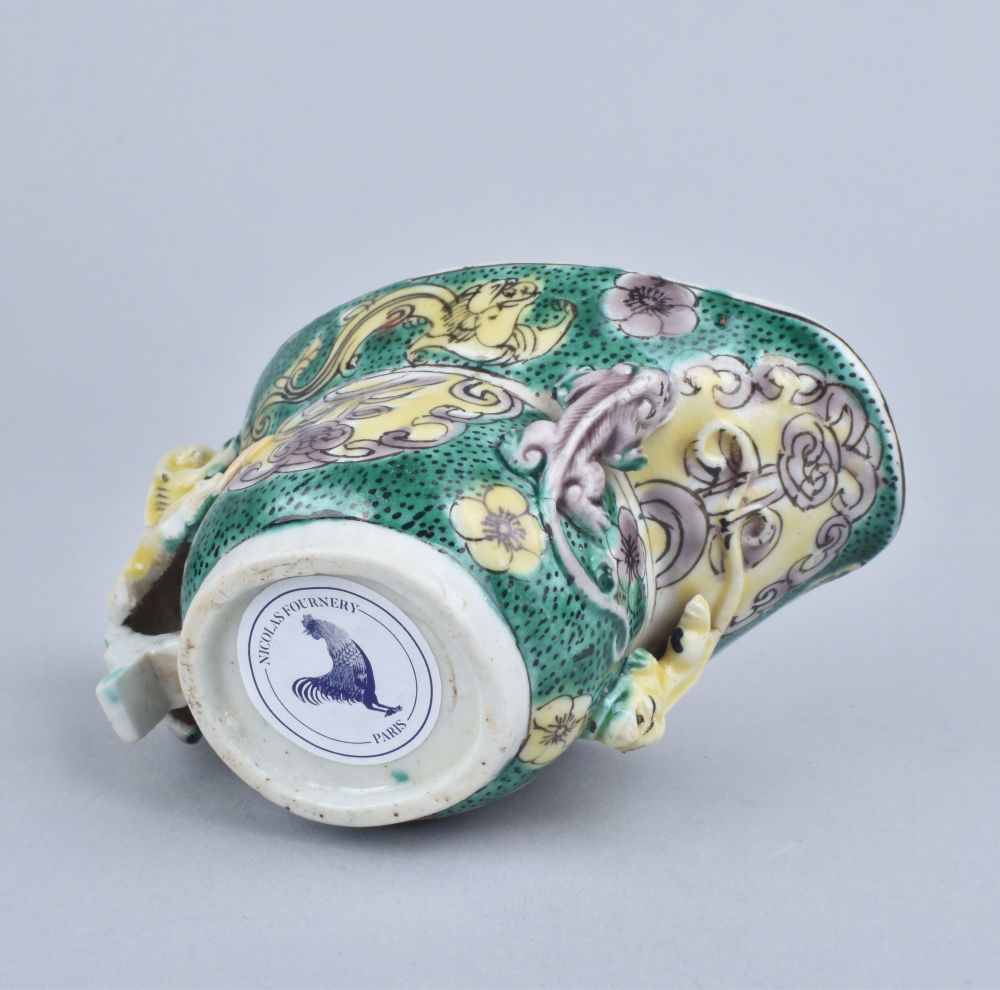 In the form of an oval bowl with slightly tapering sides and a broad pouring lip. The rectangular handle is supported by two chilong dragons applied one on either side and another two dragons are applied under the lip. The cup is covered with a very thin layer of transparent glaze and painted with famille verte enamels. On the outside are again dragons, monster masks (taotie) painted in aubergine-purple and yellow enamels on a green seeded ground. The bottom of the interior is decorated with a stylized character painted in green.

The shape of these libation cups derives from early Chinese bronzes and is known in several different variations.

The painted motifs of the famille verte biscuit libation cups seem to have been inspired by the carved decoration of bronze vessels. Geometric patterns, zoomorphic forms and fantastic beasts animate the surface of these pieces. One of the most famous motifs is the tatie mask, the Chinese symbol of greed which served as a warning against the vices of sensuality and avarice. Figures always present on these Kangxi cups are the archaic chilong dragon.

Some examples of biscuit libation cups were recorded in the Dresden inventory of 1721 as “coffee pots”.